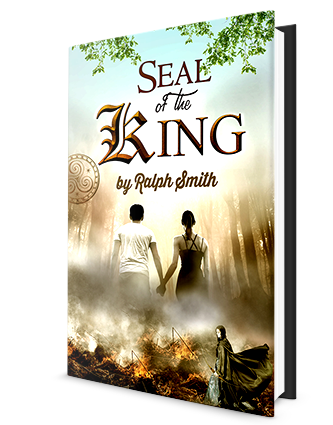 The battle between dark and light rages and the world is on the cusp of a tipping point. Will an age of darkness befall mankind or will the light prevail?
David and Aurora have seen visions of each other their entire lives but never met, until now. Aurora a fearsome warrior and David a simple farmer are thrust into the heart of the battle. An ancient prophecy foretells of their final showdown with the Dark One. Will their faith be strong enough for them to prevail?
Join them as they embark on their journey to the lair of the beast knowing they may never return.

Wonderfully Faithful!,  Action, love, faith inspired, and a well written romance. I totally enjoyed this book. Waiting for the next , impatiently. There is so much in this story to parallel the Bible”s examples of faith. I am inspired by this fantasy, and I know it increased my faith in a faithful God. Because it reminded me of Gideon, and Abraham, and so many more people who trusted, to be delivered,  by Tray, August 11, 2014

An adventure you don’t want to miss!! SEAL OF THE KING brings together adventure and Biblical themes, combined with a romance that crosses the timeline! Ralph Smith keeps you turning the pages to see how the adventure between David and Aurora plays out. With the tenacious, honorable, and faithful, David leading the way, the equally strong, Aurora, stands beside him to battle the Dark One. With compelling action, biblical principles, and a dash of romance, he had a winning recipe for a spectacular summer read! Don’t miss it!, AMAZON,  by Cass “CJD, July 22, 2014